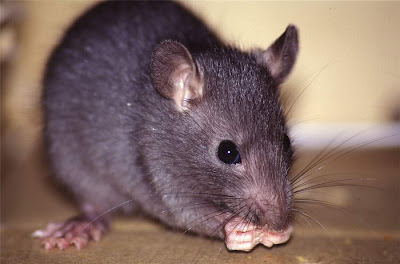 Invasive rats and recent colonist birds partially compensate for the loss of endemic New Zealand pollinators, according to the Proceedings of Royal Society of Biological Sciences.

Who'd have thunk it? 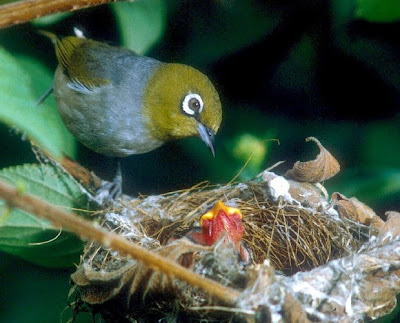 
Lake Coleridge is near Canterbury on the South Island of New Zealand and is 3 km wide by 17 km long. In the 1970’s sightings started to be reported of a monster in the lake. It was blamed for dragging away fisherman’s rods. The locals named it Lakey.

Then in 1972 the creature was cited as the culprit in the disappearance of a fisherman when the old man’s upturned boat was discovered but no body surfaced. There was blood in on the sides and the inside of the boat, indicating a struggle. Police decided no foul play had been involved and that the old man had slipped, hurt himself badly, then fallen into the water. The absence of a body was noted as "strange, but not implausible"

In1975 two women reported seeing a creature’s head rise up from the lake. It was described as wolf like in appearance but without any visible fur. Horrified they screamed, and the monster slunk back into the water. Also in 1975 a teacher and his wife were boating and observing the birdlife on the lake surface when they witnessed a creature. It grabbed and ate a large water bird from a flock resting on the surface.

In 1976 a farmer on the west side of the lake began losing sheep to some predator when they went to drink by the waters edge. While watching the flock he noticed a dark shadow just below the surface of the water when a lamb moved to take a drink. He shouted, and the huge shape disappeared .

In 1977 several witnesses saw a creature said to be 16 feet( 5 metres) long, rolling around on the surface, snapping its jaws. It was described as grey with four flippers and quite "fish-like".

A hunter from Otago decided to try and kill the creature . He had a boat rigged with radar and harpoons. After no luck on the surface he decided to go into the water to look and dived into the lake in a wetsuit. He found the wreck of a yacht, which was lying on the bottom of the lake. As he turned back up to surface, he was struck in the ribs by something powerful. He left and did not return

In 1979 some fisherman on the lake saw the creature. It seemed to stare at them with its head partially above water. For some time it swam in slow circles, not taking its eyes off the men, then sunk below the water. The next morning a trail was found in the mud, like something dragging itself along.


Robyn Gossets discusses the creature in her book New Zealand Mysteries. Gosset writes that the fisherman around the area tell stories about 'Lakey' the enormous, but seldom seen, sea animal that lives in the lake, capable of tearing a mans rod off him and creating huge ripples on the Lake surface.


There seem to have been no recent sightings and theories about Lakey being a leopard seal to a sturgeon or even a bunyip abound. Leopard seals are quite aggressive but whether they would venture this far inland and stay there is debatable. A 10 feet (approx 3 metres) leopard seal was caught in 1870, in the Shoalhaven River in Australia. Plus they don’t normally have four flippers that are evident. You would normally only see two front flippers. They are solitary animals said to come onto the ice to mate and then return to the sea. It has been known for them to pull a human being under the ice and at least one young researcher was killed this way. If it was a leopard seal it must have either died or returned to the sea. An interesting story and one which may simply be an out of place animal rather than a cryptid.

The only problem I have with these accounts is that alot of New Zealand Lakes have no sea access, this means any such creatures taking up residence would have to travel considerable distances over land, and on four flippers though not impossible, must have be a feat in itself.
Though there are rumors of a smaller than prehistoric size species of Mosasaur frequenting New Zealand waters and if this were the case, and one found itself somehow in a lake these are the sort of reports we would expect to get. 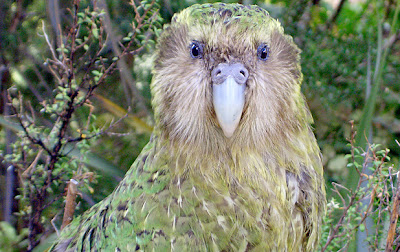 He's one of the most popular birds in New Zealand, and as one of just 129 endangered Kakapos in existence, one of the few night parrots left, making him very special indeed.

Sirocco shot to international fame after getting frisky with British celebrity Stephen Fry and zoologist Mark Carwadine in the acclaimed TV series Last Chance to See in 2009. Sirocco found Carwadine's hair inexplicably attractive, prompting Fry to exclaim: "You are being shagged by a rare parrot!"

Bizarrely, bidders on Trade Me recently clamoured to buy a unique piece of Sirocco-related history - his rejected 'pine chews' being sold on the popular online auction site. The 'parrot puke' eventually fetched $400!

The posting stated: "Not to be found anywhere else on the Mainland - this is a truly unique item. Impress your friends. Perturb your mother in law. Made of tenderly masticated pine needle and infused with the saliva of an extremely rare native parrot - and not just any old rare native parrot but Sirocco the famous head shagging parrot!"

Well, there you go. It was all for a good cause though - the money will be used to fund kakapo recovery.

For those who can't meet Sirocco in the flesh and feathers, you can watch him on this video: